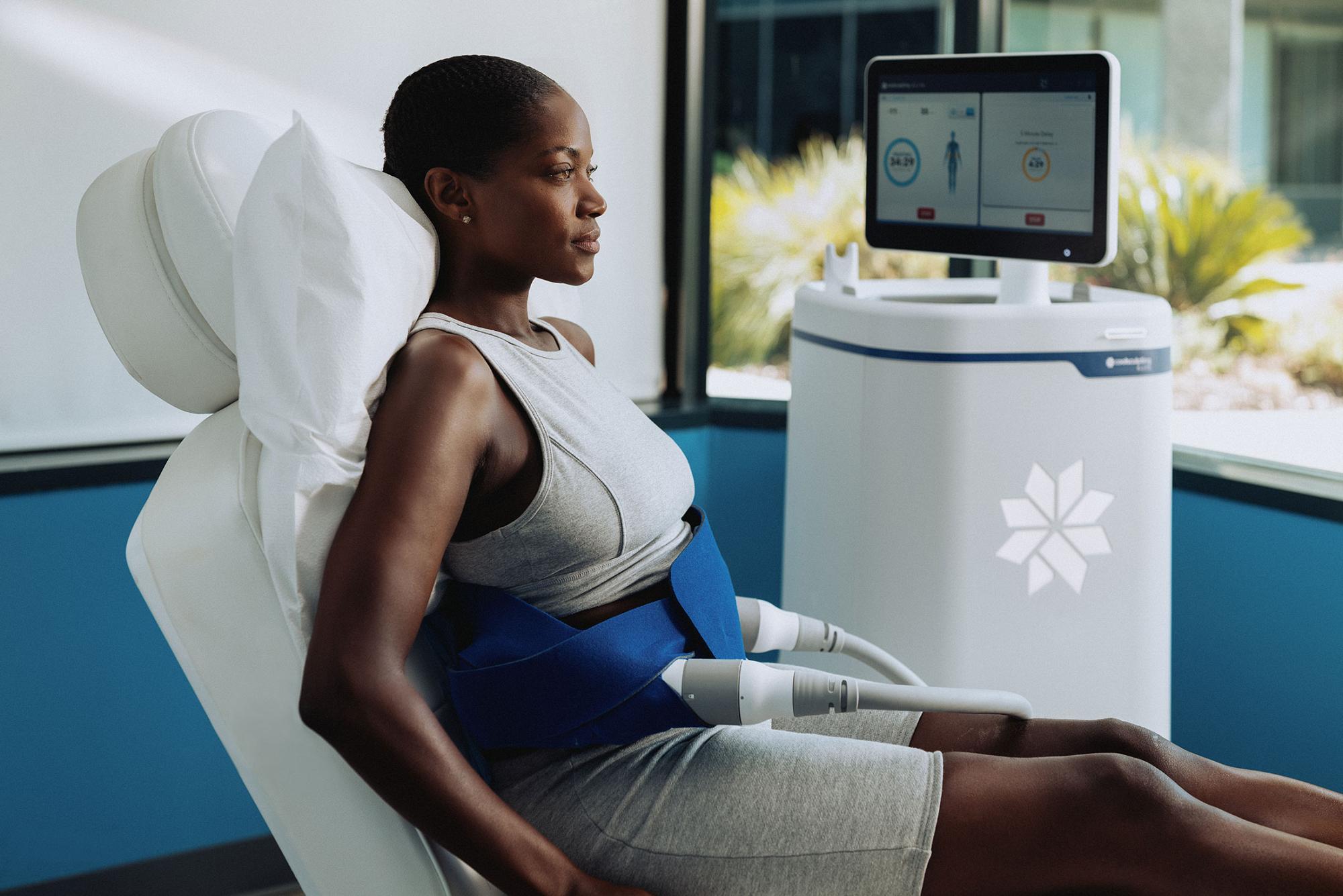 What is CoolSculpting Elite?

CoolSculpting Elite is the latest advancement in cryolipolysis treatments. Cryolipolysis freezes fat cells during treatment. The body then removes the damaged cells naturally, resulting in a reduction in fat in the targeted area.

One of the best reasons to undergo CoolSculpting Elite is that it’s a nonsurgical, noninvasive treatment for removing fat. In addition, by using cold to kill fat cells under your skin, the results are permanent. CoolSculpting Elite can also tighten loose skin, making it not just a fat remover but also a body contouring treatment.

CoolSculpting Elite has been FDA-approved for nine areas of your body, including your abdomen, arms, bra fat, under butt, chin, under your jaws, inner and outer thighs, and love handles. The new Elite Curve 240™ applicator mimics your body’s curves, allowing it to cover 18% more of your skin at one time than the original applicator. More fat removal in more trouble spots: that’s the difference of CoolSculpting Elite.

Am I a Candidate for CoolSculpting Elite?

Although stubborn fat areas can be problematic for many people, ideal candidates for CoolSculpting Elite should be in generally good health. You should be within ten pounds of your ideal weight and maintaining a stable weight. While CoolSculpting Elite does remove fat, it is not a weight-loss treatment. 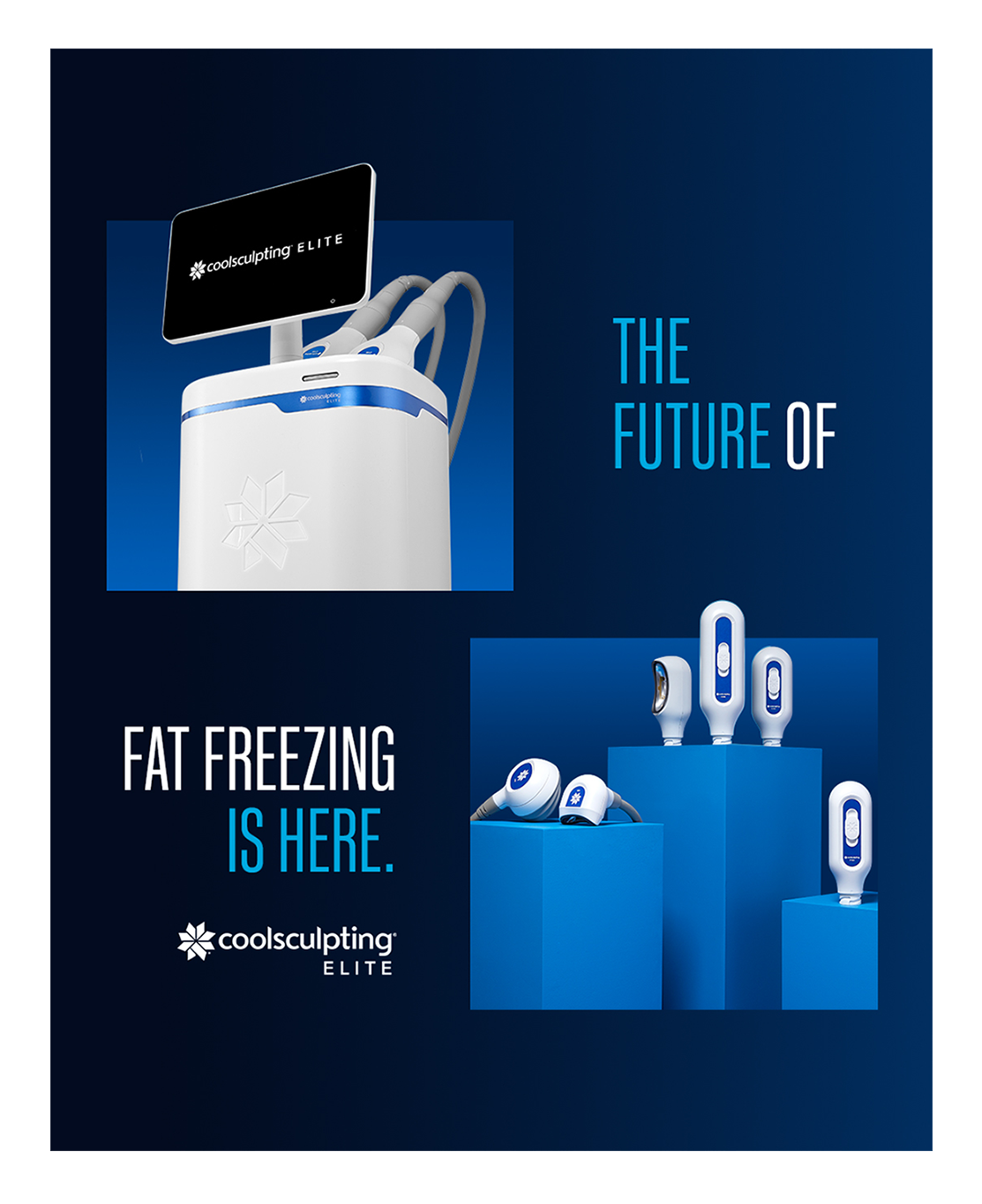 This treatment does not require any anesthesia and generally takes less than an hour, depending on which areas you have treated. During the treatment, one of our Temecula CoolSculpting Elite specialists will apply both of the applicators to your target areas. This sends the cold to fat cells while protecting your skin. This treatment shrinks and kills the fat cells without damaging the tissue around the target area. Your body will then dispose of the fat naturally, so there is no need for surgery to remove these dead cells.

In addition, there’s no downtime, so you can get right back to your regular daily routine following your treatment.

Your Results from CoolSculpting Elite

Because cryolipolysis works by freezing fat and then stimulating your body to naturally get rid of it, you will begin to see results after four weeks. This will continue for up to six months. As long as your weight remains stable, these results are permanent.

CoolSculpting Elite offers the latest in cryolipolysis treatments and is not available from every provider. For the best possible results, Renuance Cosmetic Surgery Center offers CoolScupting Elite performed by specialists who have completed over 10,000 body contouring treatments in the last 10 years alone. Renuance is not only the top provider of CoolSculpting Temecula has to offer; it’s also one of the first medical spas to be a CoolSculpting Elite certified provider.

Your consultation is FREE and has no strings attached. We want to help you learn more about what we do and how it can help you.

Get started on your body contouring journey today by calling or emailing Renuance to set up your free consultation.

It is possible that you will feel some minor discomfort from the applicator as it massages specific treatment areas, but this process does not last long and is meant to stimulate your body to naturally get rid of the dead fat cells.

The applicators are also cool, which can cause some numbness during treatment.

Will I need multiple treatments?

How much does CoolSculpting Elite cost?

The price varies from patient to patient depending on which areas you have treated and how many total treatments you end up having. You will be able to get a more specific amount during your consultation.

Because CoolSculpting Elite is an elective cosmetic treatment, insurance providers do not generally cover it. During your consultation, feel free to ask about payment options available.

Find Your Beauty Bliss at Renuance

Discover the difference that beauty can make in your life with a treatment at Renuance. Our award-winning plastic surgeons are dedicated to your care and look forward to treating you. Schedule your consultation today and experience the positive transformation of Renuance.